NEXTDC is certified 100% carbon neutral by Climate Active, and we offset 100% of our corporate emissions with offsets procured through Qantas Future Planet.

We have made our own carbon offsetting program available to our partners and customers via our NEXTneutral program. NEXTneutral is our carbon neutral colocation solution, which is also Climate Active certified as a product, and enables you to offset 100% of the emissions created within your NEXTDC data centre space.

NEXTneutral is a game-changer for simplified, seamless sustainable IT operations. Going carbon neutral is as easy as 3 clicks in your ONEDC portal The cost is less than $5 per month, per kilowatt and 100% of that cost goes to Qantas Future Planet.

NEXTDC’s carbon offset portfolio is a hand selected portfolio of renewable energy and critical Australian ecological projects that preserve the health of our natural surroundings.

Check out more about NEXTneutral.

Our solutions are designed to be customised to your specific needs.

Our Rack Ready solutions are our standard racks that are designed to enable you to seamlessly move straight in. These racks are pre-provisioned and available in all locations. By default, they are 600mm wide, however we can accommodate non-standard designs of 800mm widths where needed. Our rack ready solutions are designed to support high density computing, standard racks support up to 6kW, however higher power allocations can be accommodated through our non-standard design process.​

Our national footprint delivers over 700MW of power, and when S4 Sydney comes out the ground, it will be 1GW.

Power isn’t an issue in our business, our platform is built to scale easily, without friction.

Chat with your Account Manager or email us at sales@nextdc.com if we can help you match a solutions to your customer requirements.

No two environments are the same, therefore we build your bill of materials to suit your needs. There is no such things as a standard price in our business, because every environment looks different.

Speak with your Account Manager or email us at sales@nextdc.com and let us do the heavy lifting for you.

Yes! Our AXON interconnection platform unifies your clouds, digital services and your data centre locations. We have deployed AXON ports in multiple third-party data centres which is essential to truly supporting the Hybrid/Multi-Cloud requirements of customers.

Speak to your Account Manager or email us at sales@nextdc.com about how we can help you unify your people, platforms and locations.

Our rack ready solutions are designed to support high density computing, standard racks support up to 6kW, however higher power allocations can be accommodated through our non-standard design process.​

A long time ago, in a country far, far away (England), a fictional valet called Reginald Jeeves co-starred in a series of famous novels by the author P.G. Wodehouse.

Jeeves was smart as a whip. He answered all his employer’s questions about the meaning of life with impeccable wit and accuracy. So it was small wonder that in 1997 he was seconded by Garrett Gruener to act as the host of the question and answer web portal, AskJeeves.com.

AskJeeves.com only lasted until the early 2000s though. Despite fielding endless question-based queries (none of this keyword rubbish), Jeeves just couldn’t keep up with the hot competition for search engine dominance, and by 2001 he had retired to the small, picturesque village of Beddgelert in rainy Wales.

Jeeves was tempted out of retirement for a short time in 2009, but even his old-world charm and dignity combined with some cosmetic enhancements and a new suit, couldn’t save the renamed Ask.com site from the force that is Google.

You can still find Jeeves roaming the damp Welsh countryside, playing bowls, watching reruns of The Last of the Summer Wine, and competing (with notable success) in local pub quizzes.

He sure is! AskSteve is based (loosely) on NEXTDC’s Head of Channels, Steve Martin (not to be confused with Steve Martin from the Naked Gun). Why did we choose Steve to be the face of AskSteve? Well, for starters having the right first name was convenient, but he’s also a bit of an industry powerhouse!

Steve’s passion for working with the channel runs deep, and he has an outstanding record for developing revenue-driven, mutually beneficial partnerships. If you check him out on LinkedIn, you’ll see he has extensive experience in the IT sector representing vendors, system integrators and resellers in senior sales executive and partner management roles.

Steve is a fountain of knowledge when it comes to all things channel and effective partnerships, and he’s keen to help you get maximum value from your NEXTDC partnership. So Ask away!

Steve is the friendly, knowledgeable gent who will answer all your questions about partnering with NEXTDC and our Partner Program. Feel free to ask him (almost) anything – from sales to technical questions, and he’ll do his best to give you the answers you’re looking for. If you manage to stump him, contact us on asksteve@nextdc.com.au.

When he’s not hosting AskSteve, Steve is a keen follower of most sports, a boutique brewery enthusiast, and a Lego fan (with his model of the 7,500 piece Star Wars Millennium Falcon taking pride of place in his cabinet).

Most weekends, he can be found on the footy field, at his happy place up on the Hawkesbury River, or enjoying a fine glass of wine (or beer) with his family and friends. 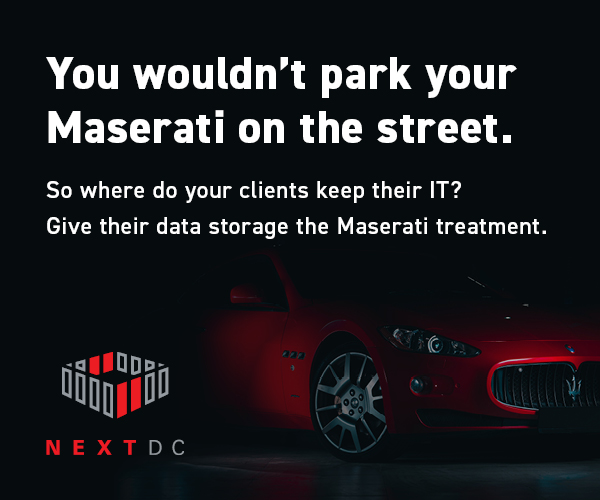